Jesus' Last Words from the Cross

As Jesus hung on the cross, he spoke seven times, what's called the seven last words of Christ. I can't think of a better way to reflect on the cross this Good Friday night than to reflect on Jesus' last words. The first words are found in Luke 23:32-34:

32 Two other men, both criminals, were also led out with him to be executed. 33 When they came to the place called the Skull, they crucified him there, along with the criminals—one on his right, the other on his left.34 Jesus said, “Father, forgive them, for they do not know what they are doing.” Luke 23:32-34

Nothing reveals more truly what's in our hearts than the tremendous heat of suffering or pressure or hardship. Consider with me for a moment just some of heat that Jesus was enduring as he was crucified.

And with all that squeezing on his heart, we know that what came out of him is really what his heart was made of, it revealed the truest depths of Jesus' heart with raw honestly. And what flowed out was forgiveness: Father, forgive them, for they do not know what they are doing. Forgiveness flows generously from the cross. If you ever wonder if Jesus can find it in his heart to forgive you for some particular sin that you've committed, stand at the foot of the cross and behold the forgiveness that flows from Jesus to the very ones who were hating him and delighting in his torture. Jesus died to offer forgiveness to any who come to him asking for forgiveness.

35 The people stood watching, and the rulers even sneered at him. They said, “He saved others; let him save himself if he is God’s Messiah, the Chosen One.”36 The soldiers also came up and mocked him. They offered him wine vinegar 37 and said, “If you are the king of the Jews, save yourself.”38 There was a written notice above him, which read: this is the king of the jews.39 One of the criminals who hung there hurled insults at him: “Aren’t you the Messiah? Save yourself and us!”

40 But the other criminal rebuked him. “Don’t you fear God,” he said, “since you are under the same sentence? 41 We are punished justly, for we are getting what our deeds deserve. But this man has done nothing wrong.”42 Then he said, “Jesus, remember me when you come into your kingdom.[d]”

This is the most amazing promise! Today, you will be with me in paradise. It went from the worst hour of this thief's life to the best hour of his life. But what is just as amazing is how mercifully and freely Jesus gave this promise. There were literally no strings attached. This thief could offer Jesus nothing. He couldn't say, Jesus, I'll serve you the rest of my days. I'll obey you, I'll worship you, I'll tell people about you. He literally couldn't lift a finger to serve Jesus or do anything to earn heaven. Not a finger.

That's just as true for us. We cannot earn heaven. All of us must enter the kingdom the same way this thief did, simply by asking Jesus for mercy. Jesus, remember me. You are the king of a glorious kingdom, when I stand at the gate, will you please remember me?

There actually was one thing this thief did while hanging on the cross: he recognized who Jesus was. As he hung there, he looked over at Jesus, also hanging on a cross, and he saw more than a man being crucified. The other thief hurled insults at Jesus, but this man saw a King. He believed. Against all odds, incredibly he saw in a man who was beaten and bloodied and hanging naked on a cross, a royalty, a kingship, a power, that defied the supposed weakness and powerlessness he was enduring.

To enter Jesus' kingdom, we must see that he is the King. The Lord. The ruler over heaven and earth. We must believe. Jesus said, the one who believes in me will live, even though they die. John 11:25

Even as Jesus was suffering, his heart was thinking and caring about others. He looked down and saw his mother Mary, and knew that, as it was prophesied over her, that a sword was piercing her heart, and because Joseph had died sometime before this, Jesus was, as the oldest son, responsible for her care. Because none of his brothers yet believed in him, he provided the care Mary needed by asking his closest friend John to take her as his own mother.

I love the picture of Jesus' heart this paints, that even in his darkest hour, even while suffering so much, he was more concerned for those he loved.

Now from the sixth hour there was darkness over all the land until the ninth hour. And about the ninth hour Jesus cried out with a loud voice, saying, “Eli, Eli, lema sabachthani?” that is, “My God, my God, why have you forsaken me?” Matt. 27:45-46

This is one of the most mysterious aspects of the cross. For three hours a supernatural blackness covered the land. For three hours, the crowds and soldiers and religious leaders and disciples could watch Jesus, and scorn or mock or cry. But at 12pm God shrouded the cross in complete darkness and the Son of God had to face the terrible wrath of God. God is holy and He hates sin with a terrible hatred, and all the sin of the world over all of history has stored up a nearly infinite amount of fierce, punishing anger in God that justice demands be meted out in judgment. Jesus faced that wrath like a storm breaking over his soul in wave after wave of eternal hell, endured in a few hours. At the end, Jesus felt like his Father, with whom he had always enjoyed unbroken fellowship, had abandoned him.

The worst thing about hell is being separated from God forever. Jesus faced that separation, that hell, on the cross for us.

After this, Jesus, knowing that all was now finished, said (to fulfill the Scripture), “I thirst.”  A jar full of sour wine stood there, so they put a sponge full of the sour wine on a hyssop branch and held it to his mouth.  When Jesus had received the sour wine, he said, “It is finished,” and he bowed his head and gave up his spirit. John 19:28-30

At the end of six hours, including the three hours of darkness where he took God's wrath, Jesus knew that he had paid all our debt and exhausted all of God's wrath for the sin of those who would come to him in faith. He was thirsty, which was a symbol of the deep thirst that is inside of all of us. He is the fountain of living waters, the one whom, if we ask him, will give us living waters so that we never thirst again.

When Jesus cried out "it is finished" he was saying that he had completed the work that God had given him to do. He had made it possible for anyone who comes to Jesus with faith, and believes in him, to be forgiven of all our sin. To be reconciled to a God who has no anger left in His heart towards us. To be cleansed, and adopted, and saved.

44 It was now about noon, and darkness came over the whole land until three in the afternoon, 45 for the sun stopped shining. And the curtain of the temple was torn in two. 46 Jesus called out with a loud voice, “Father, into your hands I commit my spirit.”[e] When he had said this, he breathed his last. Luke 23:44-46

The fellowship and loving communion between the Father and the Son had now been restored because Jesus had fully exhausted God's wrath and accomplished the redemptive work he came to do. So his last words are words of trust. Jesus didn't die the way most men die. Death comes and takes us, and we have nothing to say about it. But Jesus chose the moment his spirit would leave his body and with a loud voice he committed his spirit into the Father's hands. Death didn't overtake him, he overtook death. Death didn't take even temporary charge over Jesus, but even at that moment as Jesus died, he was taking charge of death. Usually death is the conquering foe, but here death was reduced to a powerless observer. /

As we reflect on the meaning of Good Friday, reflect on all that Jesus accomplished at the cross, let's rejoice in the knowledge that Jesus finished the saving work he came to do. We add nothing, we can add nothing. It is finished. Our part is to believe, to receive, and to worship our Lord Jesus, and to follow his example of trust and surrender to our heavenly Father. None of this would be possible if Jesus hadn't willingly gone to the cross to die for us so this Good Friday, let's praise and worship our Lord Jesus, our Savior, our Lord, and our King. 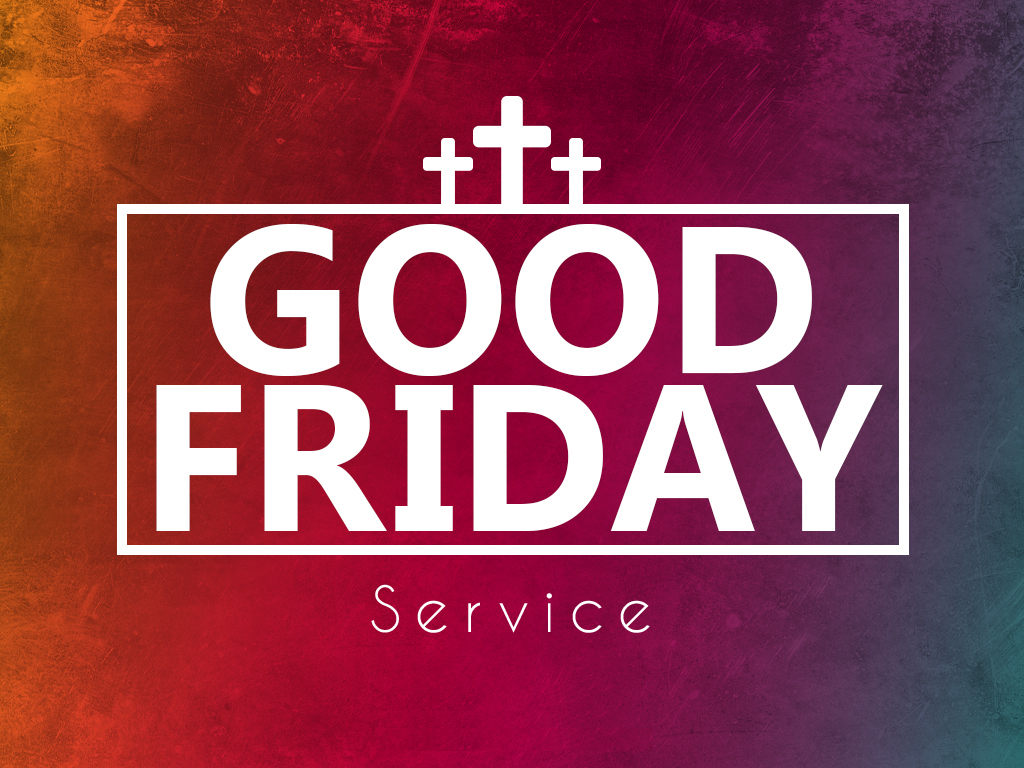 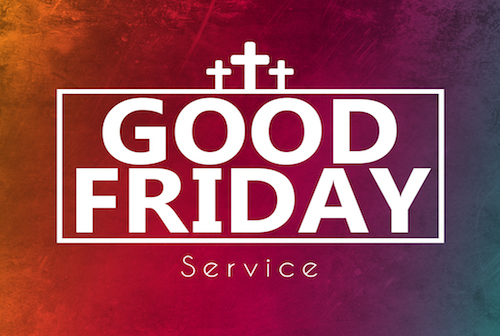